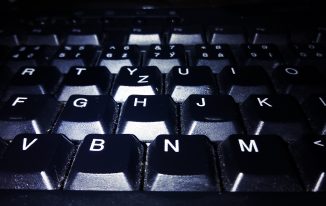 Monday morning the baby woke up with a goopy eye. I studied it carefully and decided that it was probably allergies, not pink eye, so I took her to school.

I went to my 8:30 gym session. I didn’t note down what we did nor do I remember. After the gym I called the chiropractor to see about scheduling an appointment with the myofascial release therapist. I was relieved that she had an appointment available later that morning at 11:45.

So I went home to change clothes and take a shower. While I was showering I yawned and popped something in my right jaw. It was a sharp paint but only lasted a few seconds.

I had a few more minutes and was able to productively write some checks at my desk. Over the weekend at some point I had reorganized my desk and actually put my To-Do items into a folder. So now when I have a few minutes, I can just sit down, pull out that folder and get a few things done. Often I feel like I need long periods of time to get things accomplished at my desk, so I’m pleased with my current state of organization on my desk.

I showed up right on time for my appointment. I didn’t quite know what to expect. Pretty much just laid down on my back on the table and she started poking around my neck and shoulders to see what she could find.

I told her about my jaw popping earlier and she asked if I clenched my teeth. I said I didn’t think I did during the day, but that I do grind my teeth at night, for which I wear a nightguard. She asked if it would be okay if she worked inside my mouth. Happy to go with whatever would help, I agreed.

I can’t really describe what it is that she did. As with a lot of the things she did, a lot of it was sort of finding a spot, applying pressure and holding until the muscle just decided to relax, or release, hence the name of the treatment.

As she was finishing up, she told me that my chiropractor had decided she was going to adjust me again. I just got adjusted two days before, but figured they knew better than I did what I needed at that point.

After leaving, I was pretty amazed at how loose my neck and jaw felt. I could tell a big difference in my range of motion in my neck. Throughout that rest of the day and the following day, I could also tell that I was clenching my jaw often. I was able to just think about relaxing my jaw and it would for about a day. After that, it wouldn’t on its own. I was able to put my fingers in my mouth and get my jaw to relax pretty close to what the therapist had done.

I am still having a dull headache off and on most of the time, so I am glad that I am going back again tomorrow to see them both.

I grabbed a quick lunch and then went to work. Late in the afternoon we had a scheduling meeting to discuss the summer work load. I could tell my boss was stressing out a little about how we would get everything that we need to done. I told him I was planning on working about 12 hours per week over the summer, unless my nanny gave her notice, in which case I would have to back down to 8 hours per week.

It is definitely a bit of a jump, basically doubling my hours. I have really been actually feeling the desire to work a bit more the past week or two. Given that I have basically been frequently contemplating how I might be able to afford to quit my job and stay home for the past 5 years or so, I was surprised by that desire. I have really been feeling like it would be more ‘normal’ to work a bit more. My therapist was pleased with that announcement last week.

At the Chiropractor, Again

After work, I took the baby to the chiropractor to get adjusted. Long time, no see, lol. Besides getting adjusted, my chiropractor told me about this silver spray that she sells. She said that if the baby did have pink eye, that a few drops of the silver liquid in each eye would help clear it up. If it was allergies, it might not.

So I have put a few drops of the silver in each of her eyes in the morning and at night the past couple days and I can tell a huge difference in how goopy her eyes have been each of the past two mornings. Definitely a fan.

I apparently didn’t take notes on Tuesday evening, so I’ll see how much I can remember. I know I went to daily mass at 9am as usual and went to the encore cafe afterward. One of my friends shared her story of how she felt God drawing her into a new job / career situation. It gave me goosebumps listening to her. I realized that I could do with a bit more listening time, so I decided that I would go to Adoration at St. John after lunch.

I did go to the gym, but I was late for the class that I told my gym partner buddy I would attend with her. Back in February I did a program at the gym called Bombshell and this was the person who I connected with the most.

Anyway, I can walk into a dance class late and be able to just jump right in, but I didn’t have the courage to go into the bare barre class late, knowing there were yoga mats and probably a variety of equipment that would have to be collected.

So I did 5 minutes on the stairmaster, went around the Skyline gym equipment twice and then did the stairmaster for 5 more minutes. I caught up with my buddy after her class was out and we ended up going to lunch together at Salata.

We solved the world’s problems for a quite a while. One of the interesting topics we discussed was of “best friends”. It started out talking about how my daughter doesn’t have a best friend and how she has noticed that some of the other girls in her class are paired off into best friends.

I feel like I have written the phrase best friend a few too many times. I just finished a Mike’s Hard Black Cherry Lemonade a little bit ago, so I hope this isn’t getting too confusing.

Anyway, I am always kind of keeping an eye out for new friends with potential to become a new best friend. It is hard though. I’m really not even sure what exactly having a best friend at this point would even look like. So I’ll just keep having lunch with my list of friends I schedule lunch with each month and work on being the best friend I can be to each of them in that moment.

Do you have a best friend? How do you spend time with your best friend as a busy adult? How often do you talk with and/or text her?

I’m not sure I have anything earth shattering to say about my time at adoration. I spent most of the time reading a book that I was given by the ACTS team leadership called Perfectly Yourself by Matthew Kelly. I read the first chapter and it was a pretty good fit for the ideas I’ve been exploring lately.

I’m still working my way up to an hour. I only spent 45 minutes this time. I’m not really quite sure what to do with myself. I need to practice being still and listening, so I’m planning on going back again next week.

I went to gym again this morning. It was hot outside which somehow correlated to it being a bit warm in the gym. The baby also decided she needed to wake up before 6, so I was a bit tired.

After the gym I went shopping at Old Navy. The big kids spring program is tomorrow evening and they each needed to have plan white shirts and jeans. The boys have jeans, but older daughter did not. She also didn’t have any plan white shirts. Also there is a Mommy and Me dance class at the gym this weekend, so I bought her some workout clothes.

I got all that accomplished and then went home to take a much needed nap before heading to work. I got a quite a bit accomplished before my nanny dropped off the two oldest kids for therapy.

I even had a few minutes where I probably got a bit ahead of myself, but I went ahead and registered a few domain names for my probable freelancing career. My [FirstName][LastName] was not available as a .COM, so I registered the following three variations of my name:

After I have decided which one I will use on my business cards, I’ll just forward the other two to that domain name.

Older son’s therapist is in the same building as my office, so he hit up the vending machine and then headed down to therapy. Older daughter’s therapist used to be in my building, but she moved a few months ago, so I drove her the 1 mile to her current location.

During her session I noticed that my trainer had texted me about scheduling sessions this summer, so I reviewed my schedule and I think we’ve figured out when I’ll get to work with her. It is looking like Wednesday and Friday mornings. So I will do my two dance classes on the weekend and probably do a yoga class on Monday mornings. That will leave Tuesday and/or Thursday to workout with my gym partner buddy. I think that will be a good schedule for the summer.

Well, that ended up being longer than expected. Don’t forget to comment below with responses to my reader participation questions above. Thanks for reading and may God bless you today!