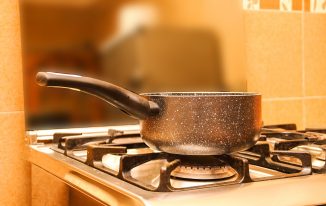 It has been 6 weeks since I have particularly felt like writing. I eeked out two posts in May, but it was a struggle. I don’t know when my current depressed state of grief started creeping in, but I felt it snowballing sometime the week after Memorial Day.

Looking back, I wrote a post that weekend where I mentioned fearing depression. Maybe subconsciously I felt it coming on? I don’t remember being aware of it yet when I wrote that post.

I am starting to crawl out from under it a bit, but I spent the past three weeks or so in survival mode. The bare minimum of kid transport and working activities were heavily punctuated by going back to bed.

I thought I was feeling pretty good in the month of May. And maybe I was. A little too good. I started to fall back on old habits of wanting to do all. the. things.

Of course I should try to start an online course to adjust my whole eating habits around the same time the kids get out of school.

Sure, I should commit to working twice as many hours at work (from 6 to 12). I actually feel like working, so why not?

It won’t be any big deal to just do camp in the afternoons for the kid kids, when I am not used to being around them that much, and they aren’t used to that either.

Yes, absolutely I should set some ambitious goals and try to work on all of them at the same time.

And I should start an online course about proofreading.

Why not purchase a system to work on my oldest child’s bedwetting issue that would involve me getting out of bed 1-2x per night to change his sheets?

Oh, and start a daily devotional with a weekly meeting.

And not keep up with the self-care habits my therapist has been working so hard on me to develop.

I can’t do everything.

It is annoying to realize, how fragile my grief brain is sometimes. Whenever I have considered the phrase, “I can’t do everything” in the past, I have always thought about it in the context of external pressure to do things I don’t really want to do. I really wanted to do all the things.

My therapist says my new life goal should be not to start anything new for 3 months. And then? Only start 1 new thing. Rinse and repeat.

In the past 10 days or so since my therapist challenged me to this new life goal, I have said no to a lot of things that I really wanted to do. I have put many things on hold and put many things I wanted to start on a list to consider for August / September after the big kids are back in school.

Most days I am not going right back to bed as soon as I get back home. I have started using my old refrain of “some days are better than others” when asked how I am. I haven’t used that in a few months, but I found myself responding with that again this month.

Hopefully soon I an get back to answering at least good or fine without that pause before I answer that pretty well negates that I am actually good or fine.

So, 500 words in, you may be asking yourself why the picture and title of this post references boiling water. Something happened this evening, that, oddly enough, inspired me to start writing this post. I will get there soon enough, but first some backstory.

I don’t know how much I have discussed this on the blog, but I do not cook. More accurately, you could probably say that I have a fear of cooking.

My kitchen activities are primarily to unwrap and possibly assemble things to be microwaved. I occasionally warm up a frozen pizza in the oven. But I do not use the gas range.

My late husband had a degree in culinary arts and was kind of  (a lot) controlling in the kitchen when we first started dating. We attempted to make cookies together exactly once and I have basically avoided anything resembling cooking every since.

I didn’t have the right ingredients.

I didn’t have the right equipment.

How could the way I had been making cookies for years incur so much criticism?

Maybe he was just showing off his cooking school skills, but it backfired in a big way. I was too much of a perfectionist to put myself in a situation that could incur any further criticism.

Not that I had many skills in the kitchen before that, mind you, but I didn’t have a fear of doing the wrong thing, of using the wrong pan or utensil, of having the wrong ingredients.

So from then on, I relegated myself to warming up pizzas in the oven and microwaved a few things, preferably when he wasn’t around. Otherwise if he didn’t feel like cooking, I picked up something from a drive-thru.

Since he died, not a lot has changed. I bought an instant pot since all my friends told me how very easy it is. But that is just another thing to figure out and my stubborn resentment of all things kitchen related would have none of it.

I have had people offer to teach my to cook. But I just haven’t had any ability to take them up on it. Just another thing I don’t actually have time to do.

Anyway, I say all of this so you understand, at least maybe a little bit, how big of a stupid step it is, that I boiled water using my gas range this evening. For the past 5 years, I have lived in homes with gas ranges that I have never, until tonight, so much as considered lighting, let alone actual lit.

So what did I cook, you ask?

I boiled water because the drain in my master shower was draining too slow and I read online that I needed to pour salt and then boiling water down the drain.

Did I consider boiling water in the microwave? Of course, I did. But somehow, since I wasn’t actually cooking anything, I quickly convinced myself that that would surely take longer and it would be much easy in a pot on the range.

So, I feel like something has loosened. I actually started thinking about what I might be able to do on my range.

The kids have been on a big macaroni kick. We have been buying microwaveable mac-and-cheese, or else using my tupperware pasta cooker in the microwave.

Maybe, just maybe, I will boil some water again soon and put some pasta in. I know, this is an absurdly simply thing for 99.99% of all people over the age of 10. I know I (mostly) knew how to do this before I met Kraston.

So please don’t laugh too long. This is a huge step toward healing a long-festering wound.

1 thought on “On Depression and Boiling Water”