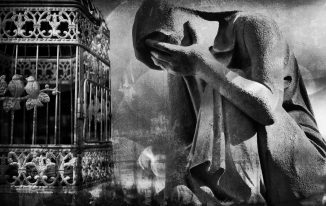 In lieu of a post about my week this evening, I have decided to write about my memories of my friend Micaela who passed away last weekend.

In the spring of 2013, Kraston and I signed up for our first Supper Club. Supper Club is a ministry at my church where you are paired with 3 other couples for a 4 month stint of taking turns hosting a dinner. It is offered twice per year and each session is with new people.

Micaela and her husband hosted the first dinner. It was the first time I had met her as one of the other of us didn’t make the meet and greet before our session started.

I remember admiring how she looked. She was tall and slender. Her top was white and loose-fitting. I remember how comfortable, casual and confident she seemed.

It is strange how first impressions last.

When I disembarked the van on my retreat, I looked around at the sea of team members greeting us and recognized only two people, Micaela and Gretchen, both of whom I had met through supper club, though separate sessions.

Micaela was an Angel on retreat. She had apron that said Angel and she wore a white halo. She was so tall, it was always easy to find her.

One of her angel duties was to be the bell ringer. She carried a bell around with her and whenever we retreatants needed to do something, whether it was wake up, walk somewhere, take a bathroom break, whatever, she rang the bell to let us know. I remember her soft voice telling us what to do as she rang the bell. She always had a smile on her face.

I remember being in awe of everyone who was on team for my retreat. I couldn’t imagine being friends with team members since they were always on a different playing field in my mind. I have a tendency to do that. To put people in positions of authority in some kind of elevated state. Where I have a hard time imagining them as friends.

In December of 2017, I went to a Christmas party at an ACTS sister’s house and Micaela was there. We spoke for a while about the changes in our life. We sort of bonded a bit over both being in therapy. She was going through a divorce and I was dealing with widowhood. I remember speaking with her for a quite a while, both in the kitchen and out on our friend’s back porch.

Not long afterward, I was invited to join the team for the ACTS retreat. I remember how thrilled I was when I learned Micaela would be on retreat also. She was such a joy to see every week. She never failed to dole out as many hugs as she could.

On retreat, you could tell how very happy she was to be there. She added so many small touches that made things so much more pleasant for everyone. She wasn’t an angel on this retreat, but it was her encouragement that helped me to decide to accept the role of bell ringer for this retreat. I can still hear her telling me how happy she was that I was the bell ringer this time around.

Unbeknownst to any of us how deep her pain was. How she couldn’t see any other way out.

My therapist assured me when I saw her this week, that there wasn’t anything anyone could have done. That her observation is that when the decision has been made, when there isn’t any doubt, that people don’t slip up. They don’t give anyone the opportunity to talk them out of it.

It doesn’t have anything to do with not feeling our love. It has to do with the deeply held belief that there is no other way to end the pain.

It will be a busy three days. This evening was a prayer service for the ACTS community. Tomorrow night is a vigil / rosary.

Friday afternoon is a mass at the church and a reception at her son’s school. I noticed that the paper says it is a memorial mass rather than the usual term of funeral mass. I am curious to see what that difference entails. It may just mean that her body won’t be present.

4 thoughts on “In Memorium Micaela”