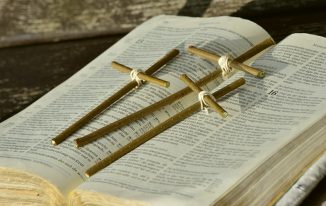 Normally when I miss a day of the week, I just skip it and write about my day under the following day’s series.

But yesterday was not really a day to skip, and this post isn’t turning out to be short enough to make sense as a Saturday Short, so I’m going to go ahead and categorize it as a Friday Frankness post.

So yesterday, April 20th was the day. 365 days since Kraston was declared brain dead at 6:18pm.

I don’t think I discussed it in my Tuesday post, but one of the things my therapist told me was that I didn’t have to plan anything big for the day. It had the potential to be a difficult day, so as long as I checked in a few times with the feelings and did a bit of intentional remembering, that could be enough if I wanted it to be.

I think part of my anxiety earlier in the week was worrying that I hadn’t planned enough. I am part of several young widow groups on facebook and some of them come up with elaborate things, new traditions to memorialize the day. It isn’t a day of celebration the way his birthday and our anniversary was.

One thing I did do a few weeks ago was to request that the 6:30am mass intention be for the repose of Kraston’s soul. Many of my sweet church friends attended on our behalf. I did not plan to get up that early with all my little people in tow. One of my friends said she overheard one of the regulars wondering why there were so many people there. So that was really neat.

I woke up and got all the minions ready for Nana and Grandpa to ferry them off to school. I ate my breakfast in the remaining quietness as I got dressed to go to the gym. My sweet trainer texted me (while I was already on the way to gym) that it would be okay if I didn’t want to come in that morning. I briefly considered it, but since I had taken a new multivitamin that morning, I decided I needed to go.

You might be wondering what a new multivitamin has to do with feeling like I needed to go to the gym, but I am extremely sensitive to B12 in vitamin form. I normally do not take a multivitamin with B12 in it, but I occasionally like to try one as it would be much simpler to take one pill instead of the various ones I take to create my own multivitamin equivalent without B12. Why I decided yesterday was the day to start that experiment, I can’t say. Anyway, since I was feeling my mind racing from the B12, so I knew I needed to work some of that off.

I was kind of absurdly pleased to find out that I would be training 1-on-1 with Shannon since my usual 8:30 workout buddy had deferred her workout until later in the day. It occurred to me as I noticed how pleased I was with that development, that Rosemary’s craving for 1-on-1 attention might be a little more honestly come by that I had previously thought. Just another startling self analytical thought.

Anyway, our workout was a surprise as usual. We did some treadmill time and Shannon showed me how my heart rate was much lower than it was back in January doing the same speed/work. So that was neat. We did a few other things that I can’t quite remember now, but we then went outside, which I had never done before.

We proceeded to walk/jog around the mall. I have never been a jogger or runner. I did a couple of couch to 5K speed walking groups after my oldest was born, but no running. Shannon said we might do a 5K sometime as a group, you know, for fun. She said she’d look for one with a fun T-shirt at least, so I guess that would be okay. Aye, aye, bossy trainer, whatever you say.

After the gym, I had a little bit of time to spend before meeting my friend for lunch, so I fiddled around on my phone, procrastinating and then took a quick shower. My friend is a teacher and has a pretty short / specific lunch hour, so I wanted to make for sure I was there on time. So I arrived early at Zoe’s Kitchen.

I have been friends with this particular friend for over 18 years. We met as freshmen in high school when we had identical class schedules. It kind of makes me feel really weird to think / write 18 years. It is over half of my life. Longer than I knew Kraston.

I only have one other friend (that I still see semi-regularly in real life and not just on facebook) that I have known longer. He and I met in, I think, in the first grade. Maybe second. I can’t exactly remember for sure.

Anyway, we had a pretty low key lunch, eating our kabobs and veggies. I hadn’t seen her in a few weeks, so it was nice to catch up.

Nails and a Nap

After lunch I headed over to Clary Sage for a cheap pedicure. I’ve decided I am a bit less picky about how nice my toenails look, so I might as well go cheap there so I can mentally justify paying a bit more for a fun manicure. One of the places I go does Cat Eye gel nail effects which I find highly entertaining.

After my pedicure I called my other nail place about coming in for a manicure, but they were too busy. I decided that was just as well since I probably didn’t have time for a manicure and a nap. So I went home, scheduled a pizza delivery and took a nap.

Pizza and a Movie

The pizza was delivered and my nanny arrived home with the kids all about the same time. I convinced the kids to all sit around the big table vs sitting up at the bar the way the like to do. We went around talked a bit about Kraston including various things he liked to cook. The kids had a bit of kindle time and they we watched our Friday evening movie.

The following is a general approximation of a conversation I had with my oldest a week or two ago:

Me: What do you think we should do to remember the day dad died?

Him: We should watch a movie.

Me: I mean, it is a Friday and we normally watch movies on Friday evenings, so that would work. What movie should we watch?

Him: I don’t know. What was his favorite movie?

Me: I don’t know. (thinking, it probably wouldn’t have been kid appropriate anyway.)

Me: What do you think it was?

Him: Probably a Disney Princess movie.

Him: Well, he bought all those Disney Princess movies. He must have liked them.

We did not end up choosing a Dinesy Princess movie. I told them that I thought Ratatouille was the most logical choice to honor their dad. It is a movie about cooking and Kraston loved cooking. My younger two couldn’t remember every having watched it, so that was fun.

Thy Will Be Done

I had a bit of a hard time focusing on the movie. I kept letting myself be distracted by nothing important on my phone. I usually make a pretty big effort to avoid being on my phone in front of my kids, but this week has been pretty bad. Definitely a sign of numbing out. I don’t think I cried at all yesterday. I remember thinking periodically throughout the day about where I was a year ago, but no tears.

So I probably need to go ahead and finish this up, so I can look for some triggers to let something out. I have linked to the post I wrote about those last days a few times, but haven’t re-read it. I might do that.

The other thing that will usually trigger some tears is the song Thy Will Be Done by Hillary Scott. It was written about a miscarriage, but the lyrics are general enough to refer to any grief. “Thy Will Be Done” was kind of his mantra those 11 months he was sick.

For our 2017 wedding anniversary, I ordered him a custom sign with that phrase written on it. I say, I ordered it for him.

Technically I did order it for him and give it to him. I knew deep down though, that it was for me, to remember him.

It now hangs in my bedroom. I see it every time I walk into my room.

If you like my writing, please share my posts and / or my blog with your friends. My goals for sharing my experiences publicly are twofold. I want to help educate people about grief and also to motivate / inspire people to live their lives to the fullest. To appreciate what they have and not put off for tomorrow what they can do today.

So your homework is to find something you have been putting off and take a step toward it. Maybe you have kids and not enough life insurance? Maybe you want to start planning some date nights with your kids. Maybe you need some self care, a massage. Whatever it is, maybe today is the day to take a step.